I Can't Believe it IS Butter! 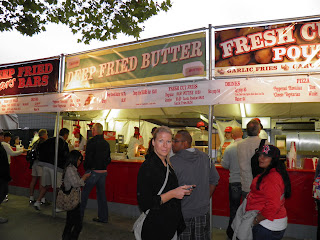 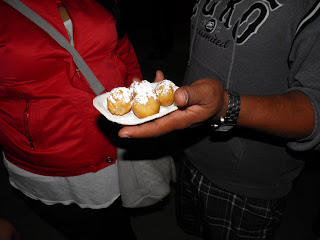 Just when you thought the food at fairs couldn't get much worse than deep fried Mars bars and Oreos, they raised the bar. And really, why beat around the bush? If you're going to eat deep fried foods and clog your arteries full of crap, don't kid yourself about it and go straight for the latest craze at this year's PNE...deep fried butter balls. No joke. $5 gets you 4 balls of frozen butter wrapped in puff pastry which is then deep fried in grease. I literally threw up in my mouth when I saw it. What's worse was the insane line of people to eat them. My friends were some of these insane people. They apprarently had to try it out. I did not partake. I could barely even watch them take a bite. They confirmed they were sorta yummy, but 2 each made them feel not so good and probably not the smartest thing to eat before going on the Hellavator...heh heh karma.